The BT Young Scientist and Technology Exhibition (BTYSTE) is one of Ireland’s premiere science education events, welcoming pupils to the Royal Dublin Society (RDS) each year to spark their interest in all things scientific.

INFOMAR were present as part of the Geological Survey Ireland (GSI) stand in the EcoZone, which is a joint effort among the Geoscience community including the Marine Institute (MI), Dublin Institute of Advanced Studies (DIAS), National Museum of Ireland (NMI) and our parent department for Communications, Climate Action and Environment (DCCAE).

INFOMAR offered an interactive experience for children, parents, students and teachers through the use of our Augmented Reality (AR) Sandbox. Our sandbox explains the use of colour shading and contour lines to describe the shape of the seabed which helps users to read and understand our bathymetric maps.

Additionally, INFOMAR communicated “The Real Map of Ireland” to visitors explaining that Ireland’s seabed territory is an area 10 times larger than our landmass and enables the public to understand the concept that our land extends far beyond the shoreline. 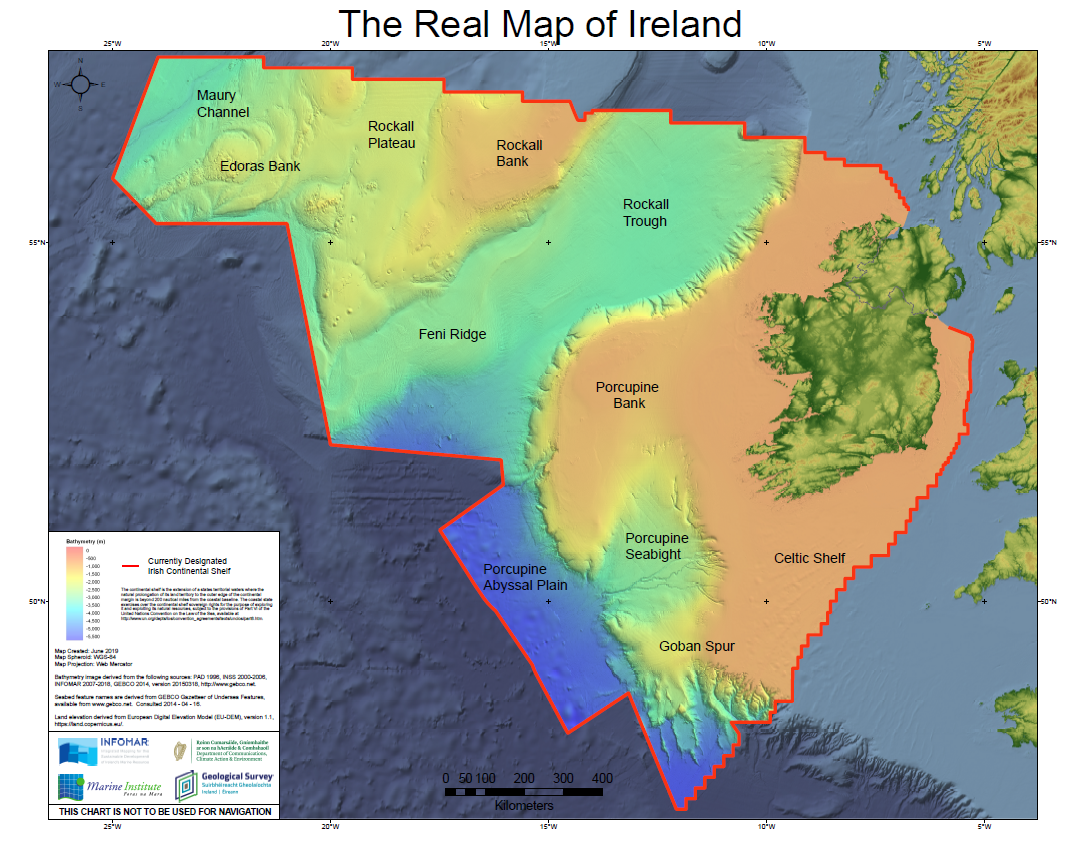 The 4-day event was opened by An Taoiseach Leo Varadkar and welcomed 1,100 pupils from 244 schools to compete for the coveted title of the 56th BT Young Scientist(s) & Technologist(s) of the Year. This year’s overall winners were Cormac Harris and Alan O’Sullivan from Coláiste Choilm in Cork for their project titled “A statistical investigation into the prevalence of gender stereotyping in 5-7 year olds and the development of an initiative to combat gender bias”.

The GSI sponsored the Geological Survey Ireland BTYSTE Award which was presented to Liam Cotter, a Transition Year student also from Coláiste Choilm for his project titled “Determining the fastest route between two control points on an orienteering course” which made use of GIS and coding to carry out data processing and analysis.