Reliable maps of the seabed are essential for safe shipping and effective management and conservation of the marine environment. While terrestrial maps are largely very accurate, seabed maps are much less so. Many 'current' nautical charts are based on data from the mid 19th century when depth was measured by lowering lead lines to the seabed at wide intervals.

The INIS Hydro project brought together seven partners from the Republic of Ireland, Northern Ireland, and Scotland to generate high-resolution bathymetric charts of 1400 km2 of key coastal seabed areas. 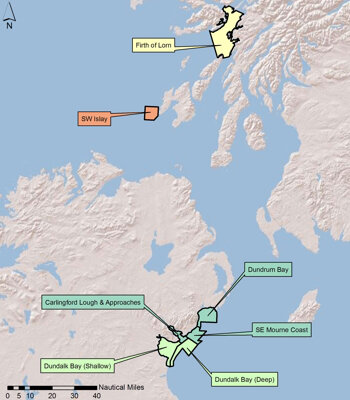