Mekayla Dale became part of the INFOMAR team during her year long internship at the Marine Institute. From the beginning, it was clear that she had a deep and genuine interest in ocean mapping, hydrography and marine science. During her internship she got involved in all aspects of the team’s survey activities, even rolling up her sleeves to help inspire the next generation at GSIs INFOMAR stand at the BT Young Scientists Exhibitions, but ultimately what sparked her interest was going to sea and collecting hydrographic data. 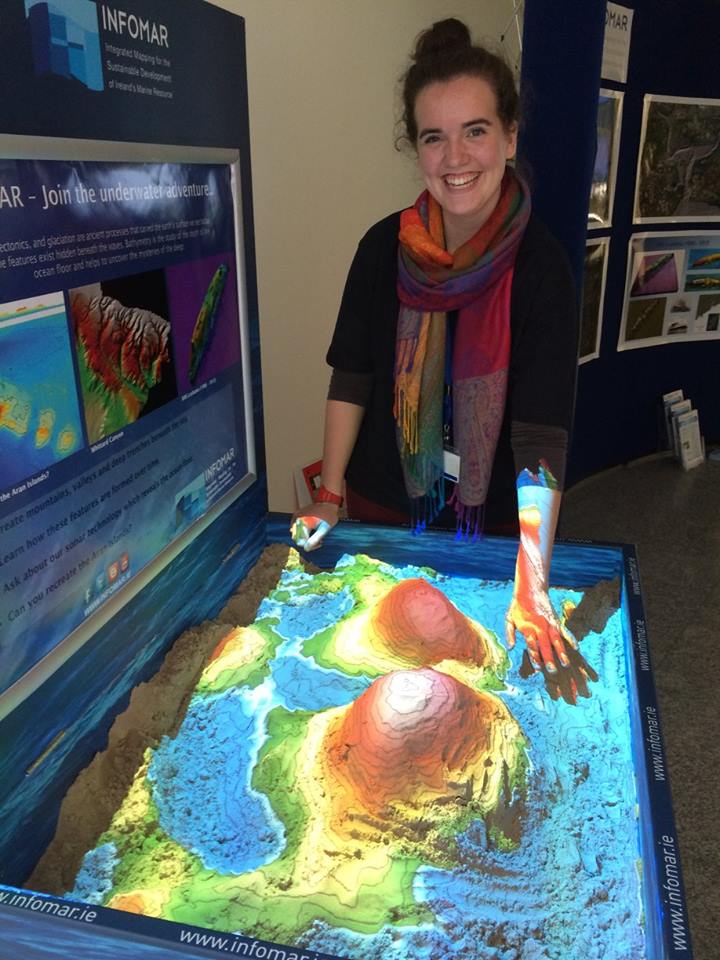 Inspired by what she learned, Mekayla decided to base her degree dissertation on the use of multibeam water column data for high resolution survey of WW1 shipwrecks, producing some fascinating 3D wreck imagery. After finishing her undergraduate degree at Ulster University, she worked for INFOMAR on various hydrographic surveys and she revelled in the challenges that a hydrographic survey can bring, such as long hours, night shifts and harsh weather conditions. 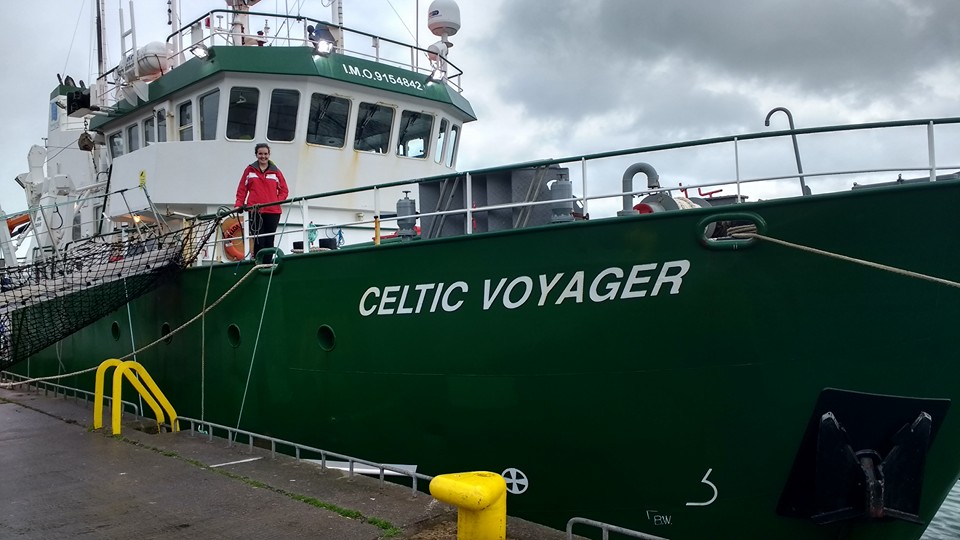 Mekayla’s eagerness to learn and progress in the context of seabed mapping finally came to fruition last month when she earned a fully funded GEBCO Postgraduate studentship at the Centre for Coastal and Ocean Mapping at the University of New Hampshire. This is the ultimate training for ocean mappers and only a handful of students around the world are accepted each year.

With the INFOMAR program due to continue for another eight years and the active role Marine Institute & Geological Survey Ireland’s INFOMAR teams are playing in the international seabed mapping context, it is obvious that there will be an ongoing need to avail of highly skilled and competent ocean mapping experts.

The intense, yearlong training will prepare Mekayla as it did her INFOMAR predecessor Aileen Bohan of Geological Survey Ireland, a member of the 2017 scholarship programme, to become a future leader in Ocean Mapping, and to return to work for INFOMAR, to build on the Atlantic Ocean Research Alliance and international collaboration, and to further strengthen Ireland’s role in seabed mapping and ocean exploration.

Good luck from all in the INFOMAR team!