The Maritime and Coastguard Agency led the Joint Irish Bathymetric Survey (JIBS) Project, approved under the INTERREG IIIA Programme, with the Marine Institute as project partner. Objectives included joint seabed survey to satisfy the needs of many organisations. The JIBS project commenced on 10 April 2007 and was completed in June 2008. 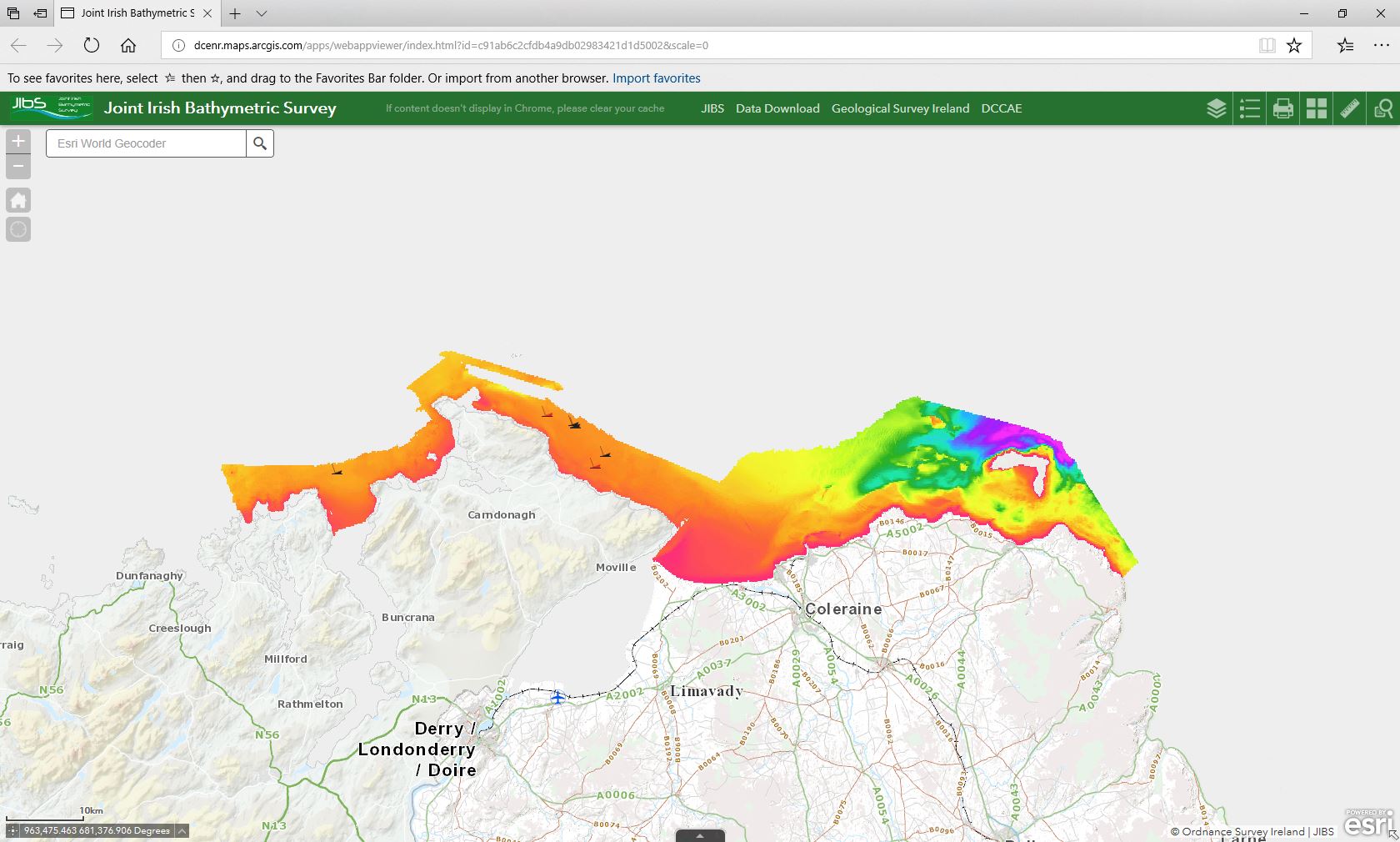 JIBS data are also integrated within INFOMAR datasets and can be viewed using any of the INFOMAR interactive webmap viewers, the